I only ever heard about golden milk when I went with my sister to Pressed Juicery and was introduced to a sample shot of it there. I heard that it had a lot of great health benefits, including boosting your immune system, clarifying your skin, blood purifying, being a liver tonic, having anticancer properties, and being a good sleep aid. Truth be told, I was not a fan. Well, not at first. There’s just something about liquid turmeric that does not sit well with my stomach, but then I saw something interesting on Instagram: Chef Melissa King was selling golden milk ice cream with gingerbread as a part of her gourmet ice cream line in WholeFoods. While I am in Southern California, therefore unable to sample that ice cream at this time, it made me think about how if I were to chill down the golden milk, it would definitely be more palatable; chilling down something will lessen the flavor and make it have a lighter taste. With something like golden milk, where it tastes like a turmeric bomb, freezing it would yield a flavor profile more like a dash of turmeric, but still have a lot of the same health benefits.

The idea to turn this into an ice cream came about when I was thinking about interesting ice cream flavors to make. A while ago, for an article on TasteBUds, I actually did a recipe for a completely vegan tofu ice cream with tofu ice cream cone. I used the tofu ice cream and cone as another inspiration for this; I wanted to make something that is already healthy even healthier. So I opted to make the ice cream vegan by using tofu instead of eggs, and since golden milk uses coconut milk anyways, that fit right in. I sweetened the base using agave nectar, since the water content will help puree the tofu into a smoother texture anyways.

For my vegan, tofu-based ice cream cone, I used activated charcoal to dye it black, since that is not only a nice contrast to the golden-yellow ice cream, but activated charcoal has a lot of its own health benefits as well. This includes teeth whitening, building up immunity to toxins, and helping with your digestion. So by just having the ice cream and the cone, you are doing your body a ton of favors, and since the golden milk is frozen, it won’t taste like funky turmeric, but rather, coconut ice cream. All in all, this recipe is a win-win and definitely something to try if you would want to adhere to a New Years diet-kind of deal.

Heat coconut milk with spices and agave. Puree together with silken tofu and pass through a strainer. Process in an ice cream machine and freeze. If you do not own an ice cream machine, freeze the base solid. Once frozen solid, then puree in a food processor to break down the ice crystals, then re-freeze to set the mixture. 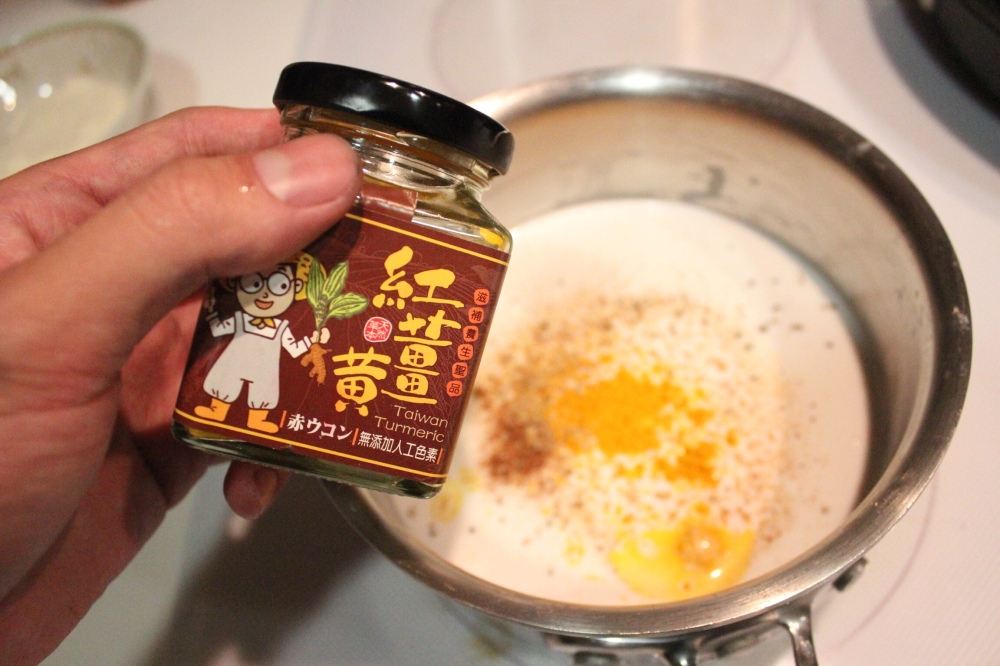 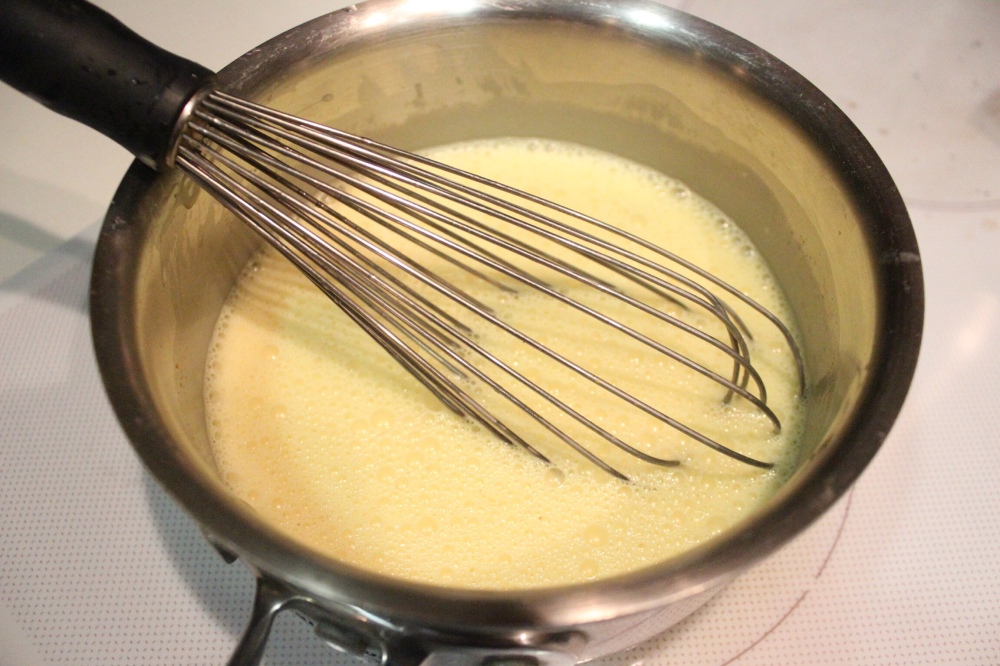 Puree ingredients together until they form a smooth batter. Gently line a large nonstick pan with oil and heat up on medium-high heat. Pour a 1/3 cup’s worth of batter onto the pan and spread as thinly as possible. Allow the batter to cook for 3-4 minutes on each side on medium to medium-high heat. 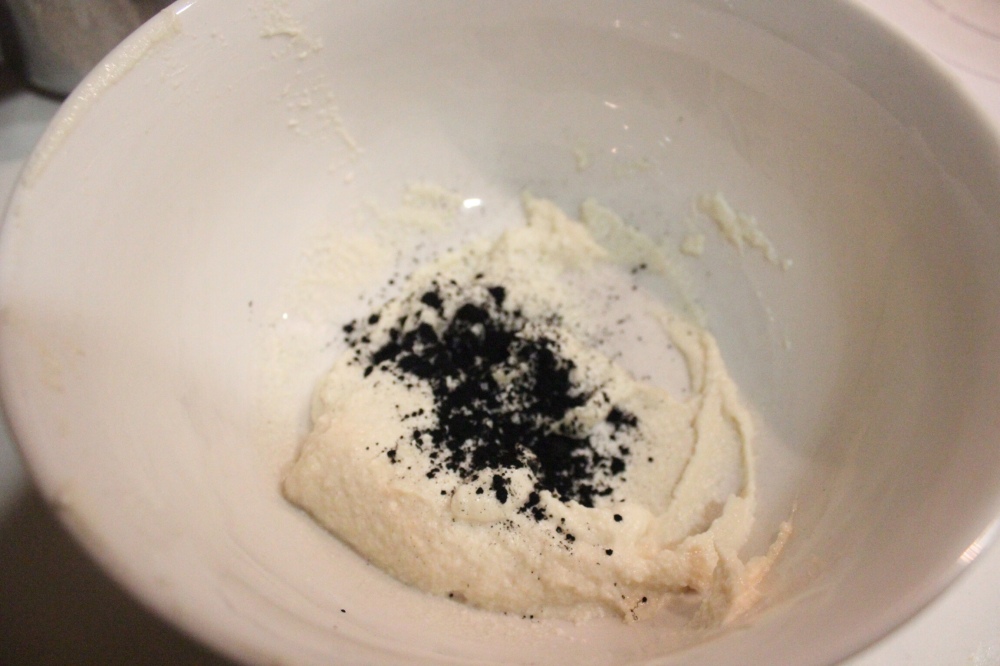 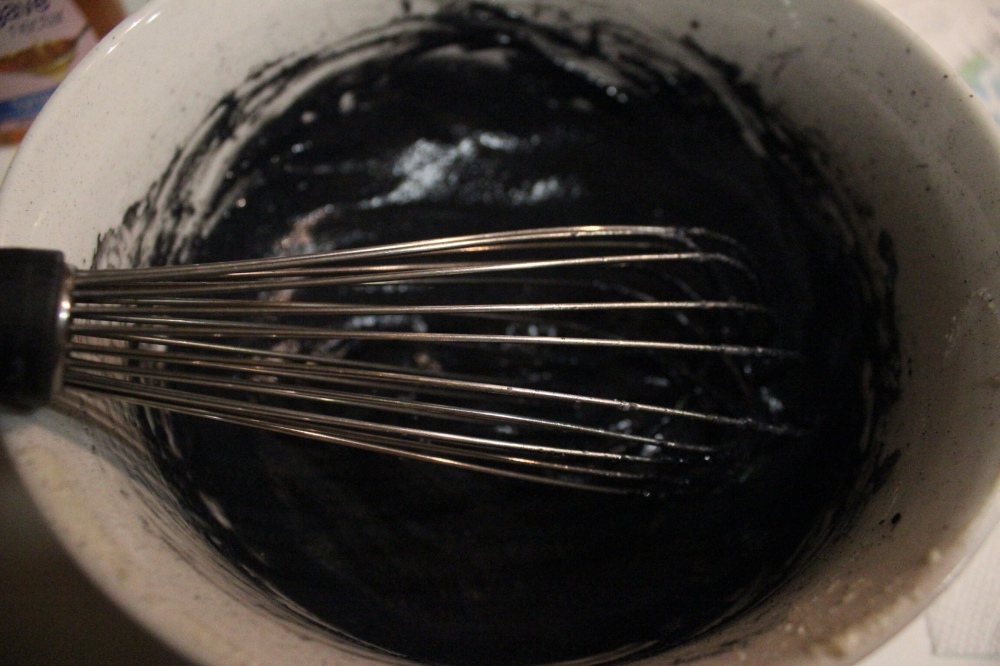