Born in Taipei, Taiwan, and raised just south of Los Angeles, California, Fred “Freddy” Chang did not always know he wanted to one day open a bakery. As a kid, Freddy wanted to be an artist, specifically a painter or illustrator, after becoming a huge fan of Japanese styles of animation – yes, he was one of those weeboo Japanese-speaking nerds as a kid, and even as an adult. However, being a mischievous little troublemaker that he was, doing fine arts such as hand painting and sketching wound up not being a perfect fit for him. He never liked to color in the lines, or follow instructions. He liked doing things the way he preferred, not the way he was told or taught to; while it got him in trouble a lot as a kid, this habit helped shape Freddy into the creative individual he is today.

Growing up, Freddy was always a slight misfit, even beyond the classroom. He never really liked conformity, nor did he enjoy being told what not to do. But, he found himself being forced to shelter aspects of himself to fit in with the different crowds of people he went to school with. Whether it be hiding his love for video games, specifically the Pokemon franchise, to fit in with his athletic friends, or pretending to be an intellectual when he was actually a straight-B Asian when it came to honors and APs just so that he could hang out with the smart kids, he knew he did not fit in 100% with almost any of his peers at the time.

It was going to college at Boston University where Freddy truly began to blossom his love for food. Working for several Michelin starred and James Beard Award-winning chefs paved his career in food and helped him nurture a passion for opening his own bakery. Inspired by the eclectic style and fashion of the Harajuku district in Japan, Freddy finally found a place he would want to one day open his own bakery in. Harajuku is a culmination of self expression and youth culture, two things Freddy is obsessed with, and the home to several chic and stylish bakeries and cafes.

While being able to open a bakery may seem like a lifetime away, Freddy decided to start his own blog, Freddy’s Harajuku, so that he could share his own recipes and love for cooking with those who are interested in learning baking. He hopes to bring a sense of whimsy and creativity with his dishes and desserts, and in turn, teach those around him that cooking and baking is not a scary thing, but rather, can be another art form from which you can express yourself. Freddy promises, as the Harajuku Baker Boy, to deliver unique and fun interpretations on dishes, some familiar, others, not so much, that really do embody the district he fell so much in love with. 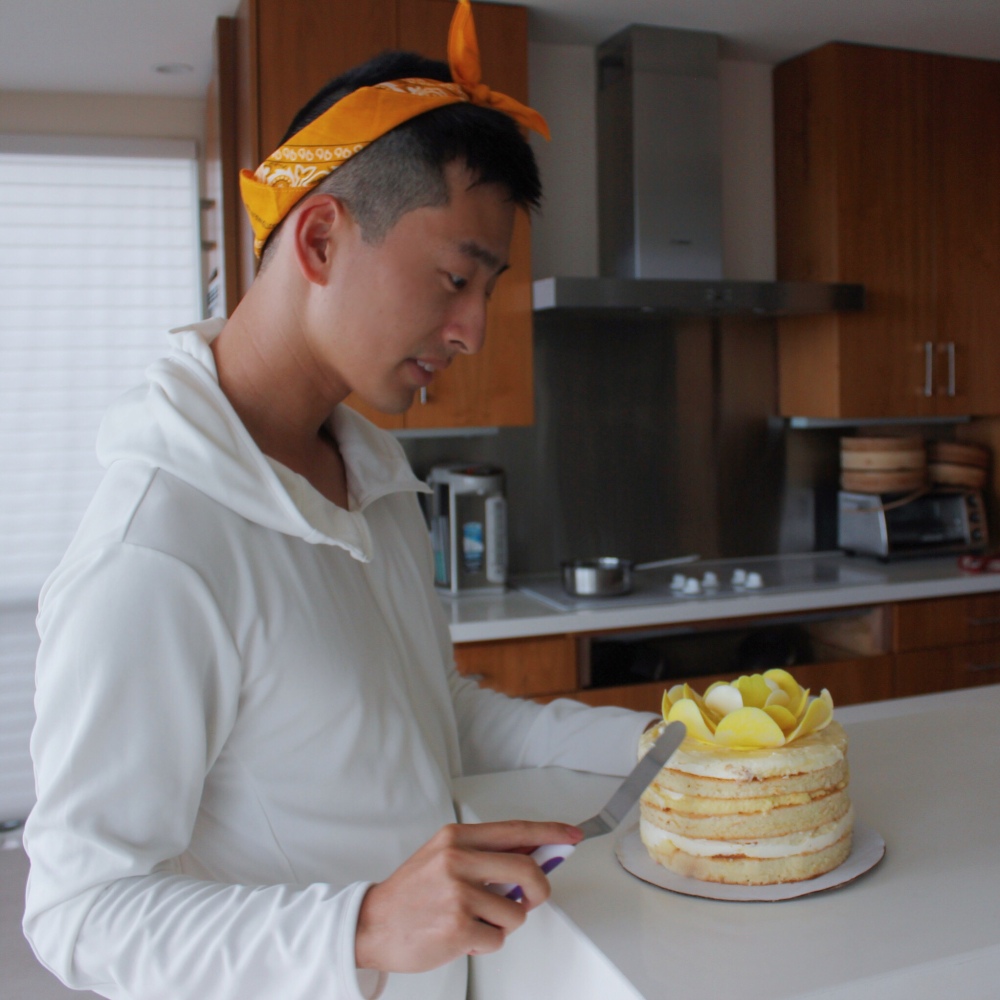