I made this cake with my friend Adrienne just because I’m still trying to convince her to audition for season 11 of MasterChef and I wanted to see how quickly she can pick up arguably a tricky cake to make. Ever since my first Opera cake, I wanted to do another rendition, but using more summery flavors. So I decided to make a version that uses berries instead of coffee, just to bring in some brightness to it. For this version, it still uses the jaconde sponge and ganache, but for my soaking liquid, I went with lemon-elderflower syrup, and for the French buttercream, I went with a mixed berry instead of coffee. The end result? Bright pink, fluffy, and not too shabby actually! 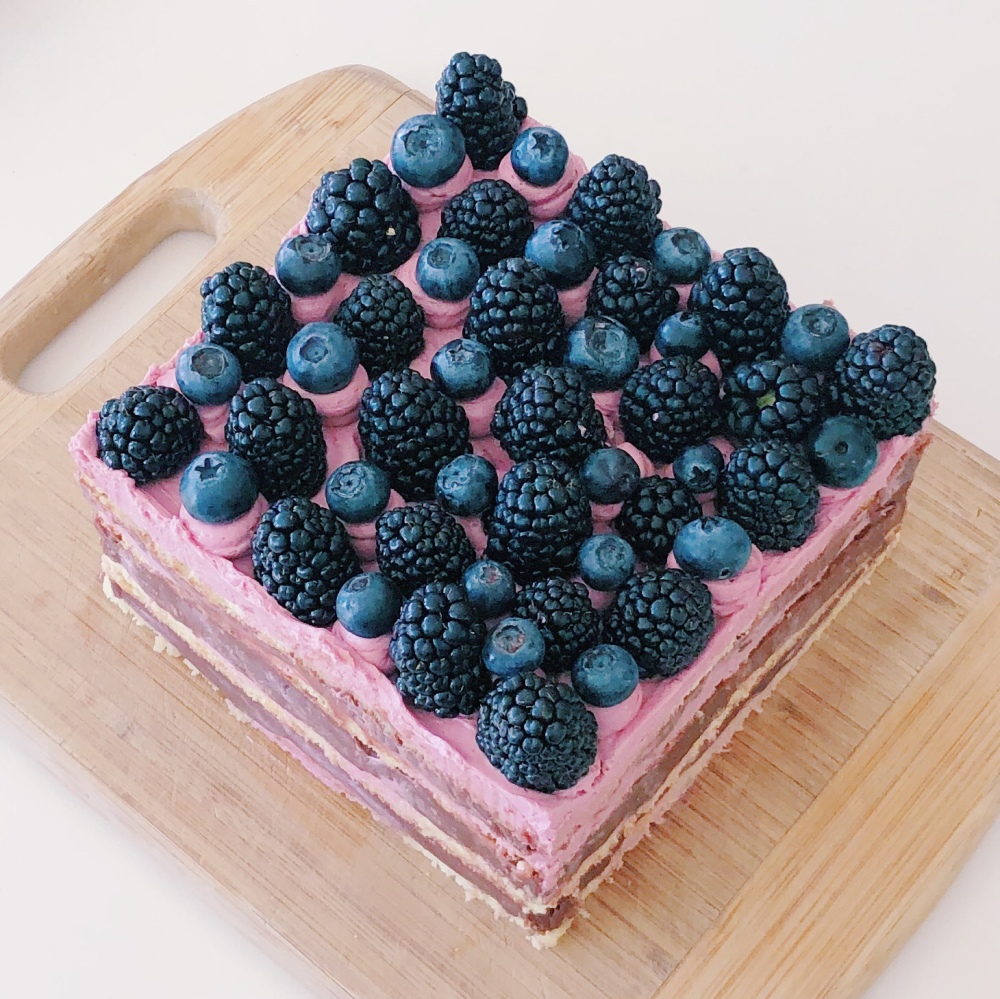 Whip whole eggs with half the sugar. Whip egg whites with the rest of the sugar, salt, and vanilla. Sift flours together. Once the whole eggs reach ribbon stage and the egg whites reach stiff peaks, fold everything together with the oil. Spread evenly on three silicone baking sheets and bake each sheet at 350 degrees F for 18 minutes. Once baked, cool completely before removing from the baking sheets.

Whip sugar with egg yolks and salt. Heat up the puree until it is warm and pour into the egg yolks, continuously whipping until doubled in volume. Slowly whisk in softened butter into the mixture until emulsified.

Melt dark chocolate into cream with salt and butter. Cool down until firmed. Whip with the additional cream.

Bring to a simmer. Cool down before using.

Cut out 4 squares of cake. Dab each one with the soaking liquid. Spread thin layers of buttercream and ganache between each layer, reserving enough buttercream to pipe on for the top. Allow the cake to set in the refrigerator for at least 1 hour before unmolding.  Garnish with fresh berries to finish.