The inspiration for this dessert came from a play on words, being the “mallow” from blue mallow tea and the “mallow” from marshmallow. Yes, it’s original. I know. I flavored the marshmallow with elderflower liquor and bee pollen, to give it a very unique flavor profile. Blue mallow tea, much like butterfly pea tea, is a naturally occurring blue tea that turns pink when you add in lemon juice. From my experiences, blue mallow is basically the same tea. I have yet to find any real differences between the two.

Now to key to make a good marshmallow is balancing the quantities of gelatin with liquid. Keep in mind, the more liquid you add in, not only is that the longer it would take to whip up the marshmallow batter, but that’s more potential moisture in the final product, should you not add enough gelatin to absorb that liquid. The pay off to having a slightly higher liquid to gelatin ratio is a fluffier, softer marshmallow, assuming you whip the mixture as stiff as possible. I opted to use about 3/4 cups of liquid to 1 packet of gelatin, just to get the optimal liquid to gelatin ratio in my eyes.

Bloom the gelatin first. Then combine the tea, liquor, sugar, syrup, salt, and bee pollen in a pot and bring to a simmer. You want it to be reduced to about 1/2 the liquid, and while still bubbling hot, pour into a mixing bowl with the bloomed gelatin. Whip the living crap out of it, so for about 15 minutes. Combine the three starches and spread out half of it on a parchment sheet. Using a rubber spatula, move the marshmallow batter from the bowl to the parchment sheet. Sprinkle on the starch over the exposed surfaces of the marshmallow, making sure to coat it in the powder so that it will not stick to anything. Cover with the parchment and freeze for 1-2 hours, or until the marshmallow is fully set. Using a cookie cutter, cut out the marshmallows, covering each in the powdered sugar-starch mixture so that they do not stick. 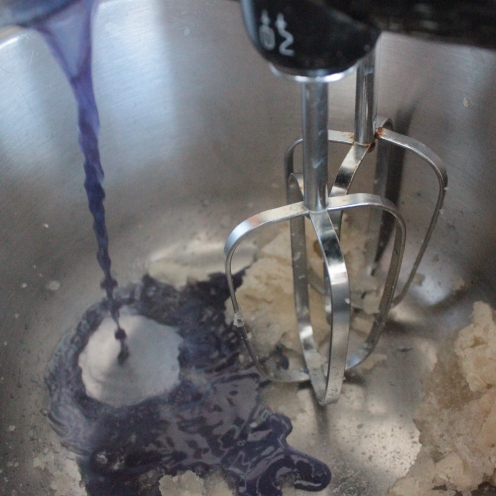 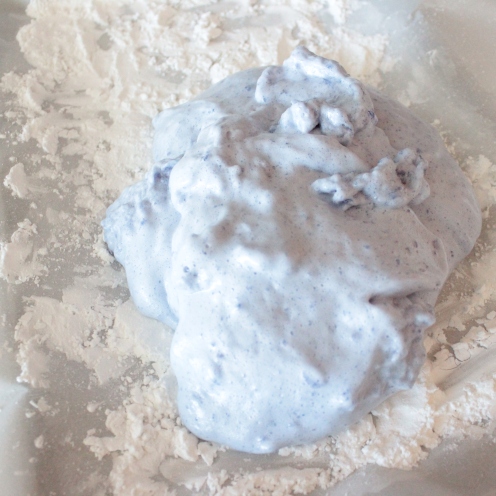 Bring to a simmer and strain out the flowers once the liquid is a deep royal blue color. 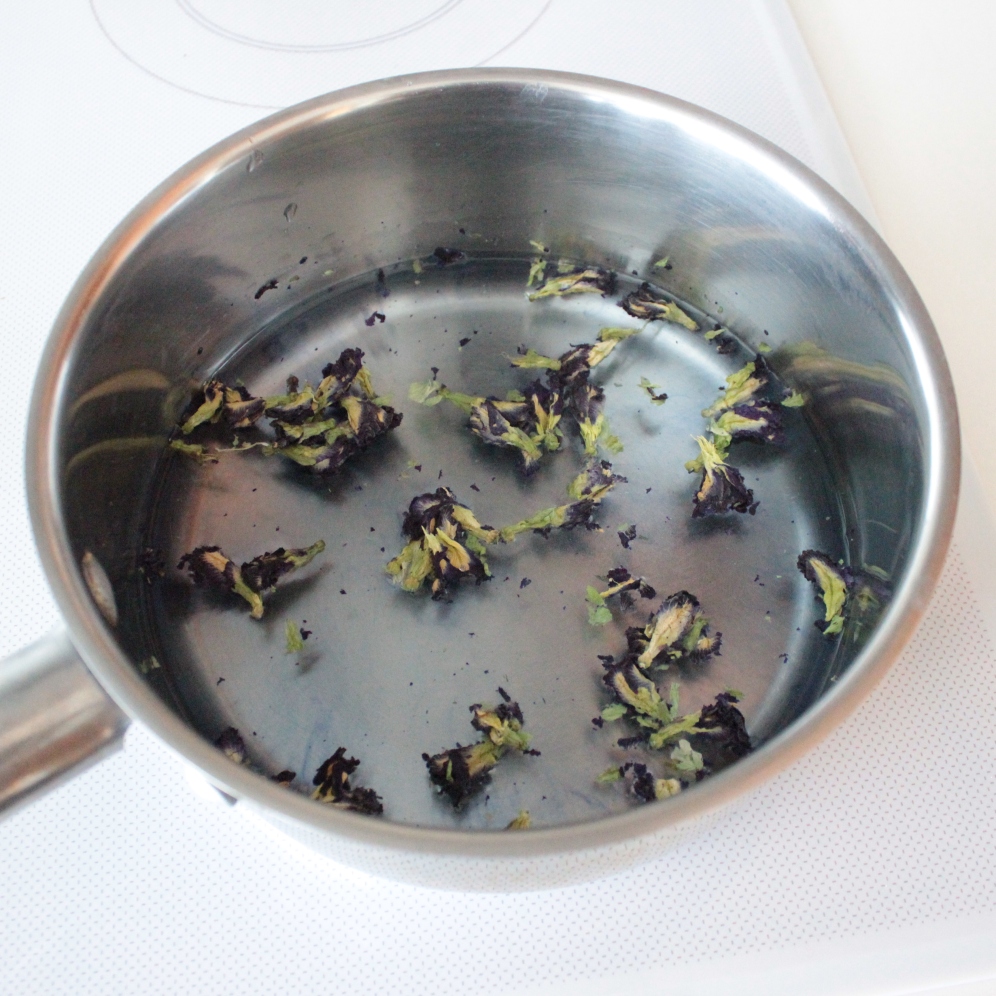