So even though I was eliminated in top 10, I actually did have dishes in mind for the finale. The amount of thought you saw put into the crab lantern dish, trust me, a lot more were put into these. So while it is a shame I could not make these dishes for the judges, I still wanted to share them, not only so that I can move on properly, but because I really wanted to just make them and see that inspiration that I had carried within me come to life. For my finale meal, I was going to introduce the judges to three “princes” who would guide me to my coronation as the winner/prince of season 10. Hey, it’s not like I haven’t named dishes after princes before. So for the first of my three princes, I wanted it to be inspired by the sea, specifically the sun setting. I thought about the darkening waters, as the sun sinks behind the horizon, and the little lights that flicker beneath the surface. Those lights, specifically that I am thinking of, are clione, or sea angels. I just wanted to incorporate the idea of sea life into this dish, since I work by the ocean, live by the ocean, and surprisingly, I made a lot of good seafood dishes on the show, so I’m just kind of running with that. 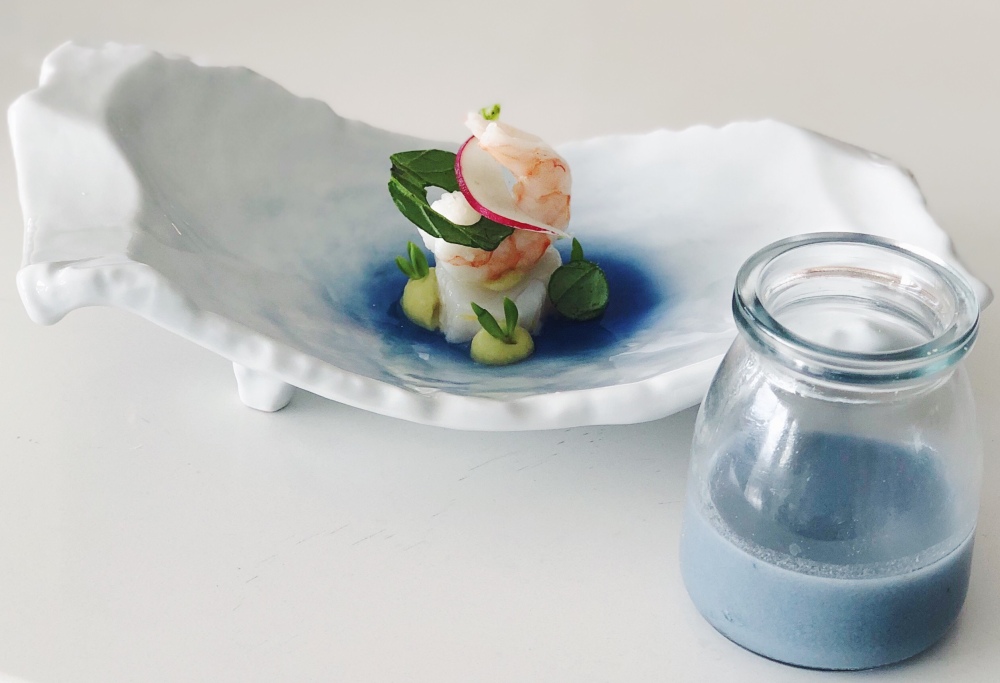 For the dish itself, it takes inspiration from dim sum and Asian cooking in general. So we have a pairing of shrimp and scallop, inspired by har gow, a butterfly pea-coconut sauce infused with herbs and spices, loosely inspired by Keralan moilee, a basil-coconut pea puree, lime, and fresh radishes. For the shrimp, I am poaching those in a shellfish stock, the stock itself being made from the abductor mussels of the scallop and the shells of the shrimp. I’m keeping the scallops raw, but marinating them heavily in lime zest and juice. The pea puree is going to be made by blanching the peas in the stock, but pureeing in the basil and the coconut milk from the sauce. The sauce itself will be served table side. The idea is that pouring in the sauce represents high tide, coming in and bringing life to the sea creatures. I wanted to use fresh radish for this dish just as a way to incorporate a truly fresh element, and with radish, there is a little heat in them that I like. I also used the leaves just to add another bitter element, cutting them into circles using a 1 inch and 1/2 inch circle cutter to echo the shape of the scallop and the shrimp.

Slice scallops in half, widthwise. Toss together. Allow to sit for at least 20 minutes.

For the stock:
1 sheet of kombu, sliced up
shells from 5 shrimp
abductor muscles from 5 scallops
water
salt

Bring to a simmer. Pass through a strainer after cooking for 15 minutes.

Line a pan with coconut oil. Add in your ingredients, minus the coconut milk and powder. Sweat out the ingredients then add in the coconut milk. Simmer on medium-low heat for at least 8 minutes. Strain, pressing to finish. After making your puree, then finish the rest of your sauce with the butterfly pea powder.

Blanch the peas in the stock for at least 5 minutes. Blanch basil for 1 minute, then shock. Transfer both to a blender and puree with equal parts of stock and coconut sauce, alternating 1 tablespoon of each until the puree is creamy. Pass through a sieve and transfer to a squeeze bottle.

For the shrimp:
5 peeled and deveined shrimp
stock*

Cook shrimp in the stock for 2 minutes.

Start with a slice of the scallop. Surround it with dots of puree. Garnish puree with your micro greens. Place a shrimp on top of the scallop. Garnish with radish to finish. Serve table side with the sauce in a small jug to pour. 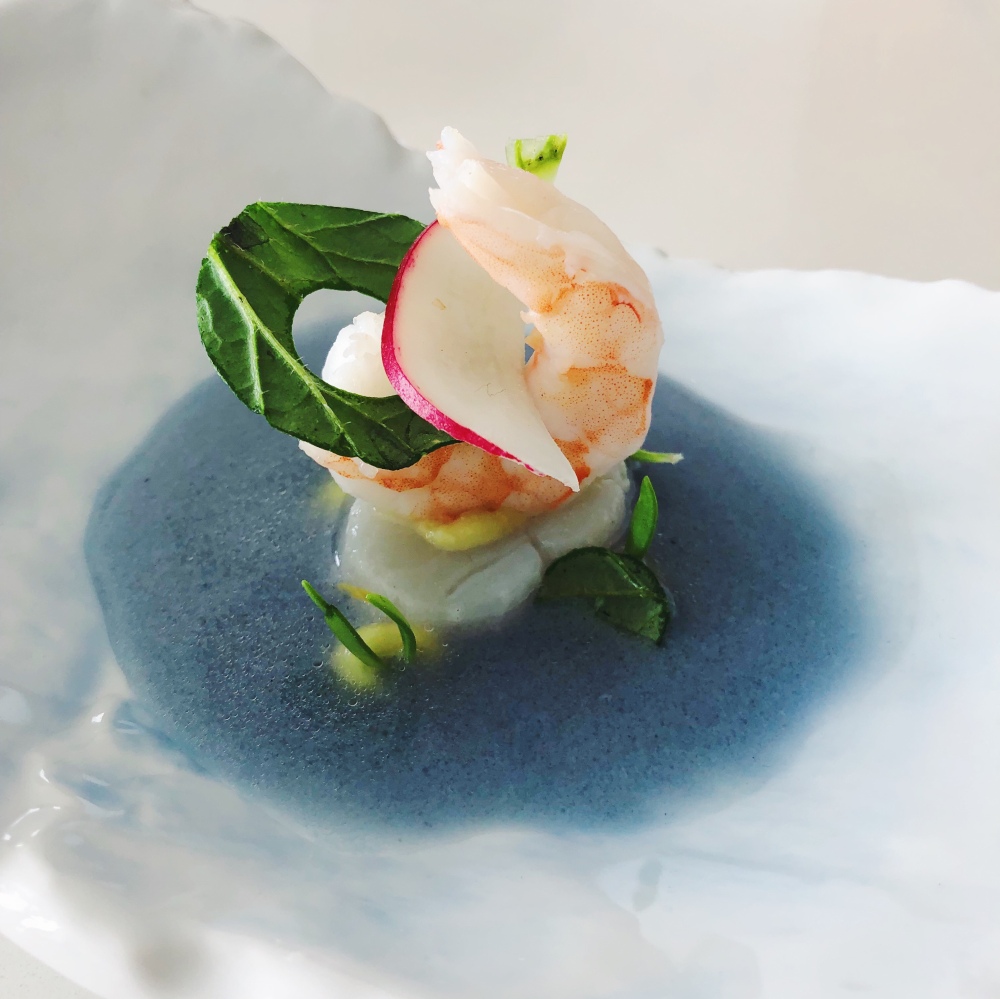